Observation:  About eight years a professional soccer club called the Detroit City Football Club (DCFC) formed and started playing in Hamtramck.  I have been to a number of games each season and the crowds are amazing.  A group of superfans called The Northern Guard meet about a quarter-mile away and march to the stadium together each game through this old-established neighborhood which has this incredible diversity of residents.  Kids come out on their first-floor porches or second-floor balconies to watch as a couple hundred crazy people walk down their street waving team scarves, some with painted faces, and everyone continuously chanting, along with some booming drums and smoke bombs added in for effect.  It’s a very fun spectacle that I think every Detroiter should experience at least once.  Along this route and at this stadium is actually a ton of art, some that I had seen and some I had never even noticed, and all of it is represented in today’s collection. 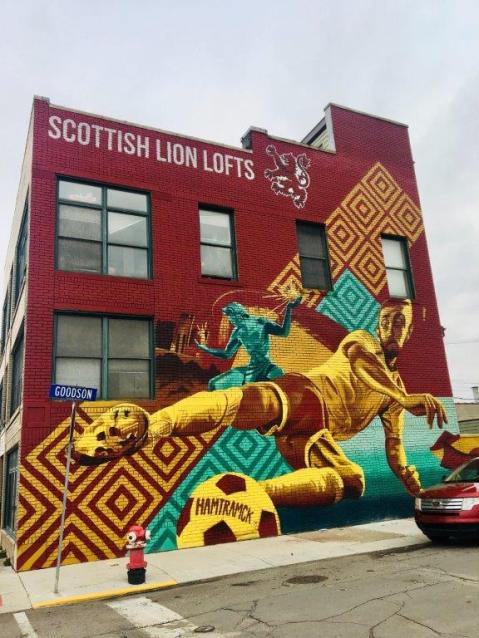 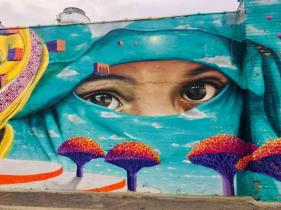 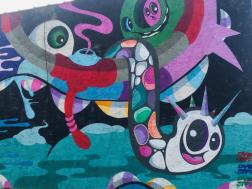 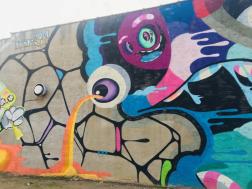 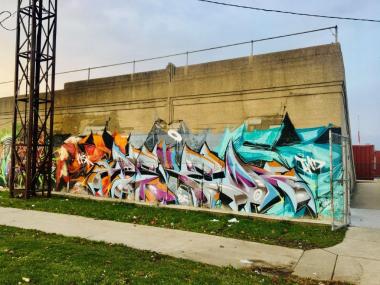 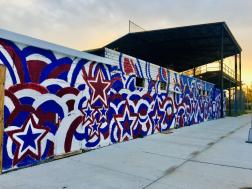 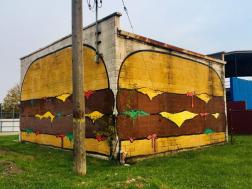 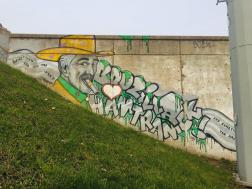 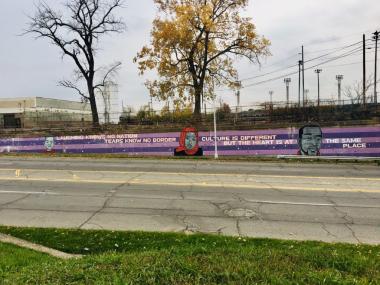 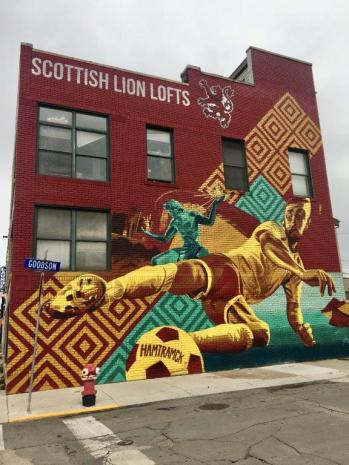 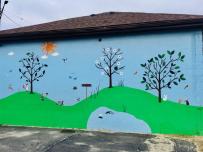 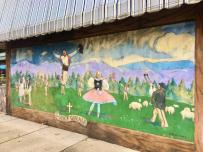 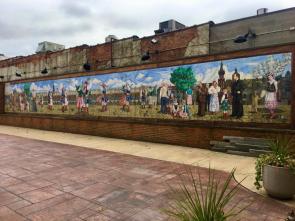 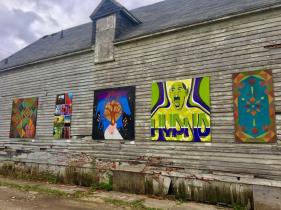 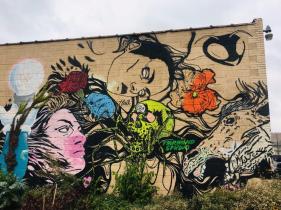 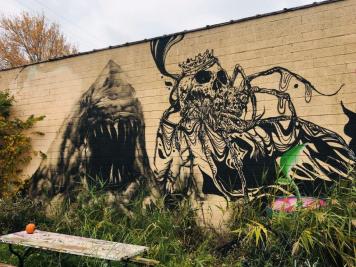 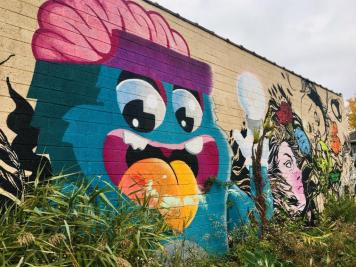 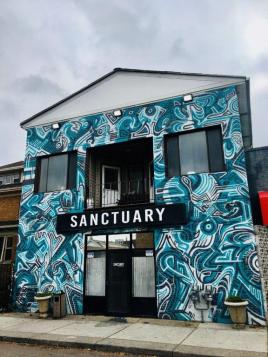 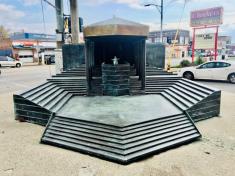 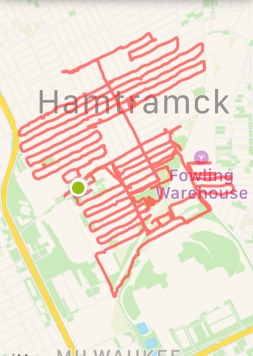