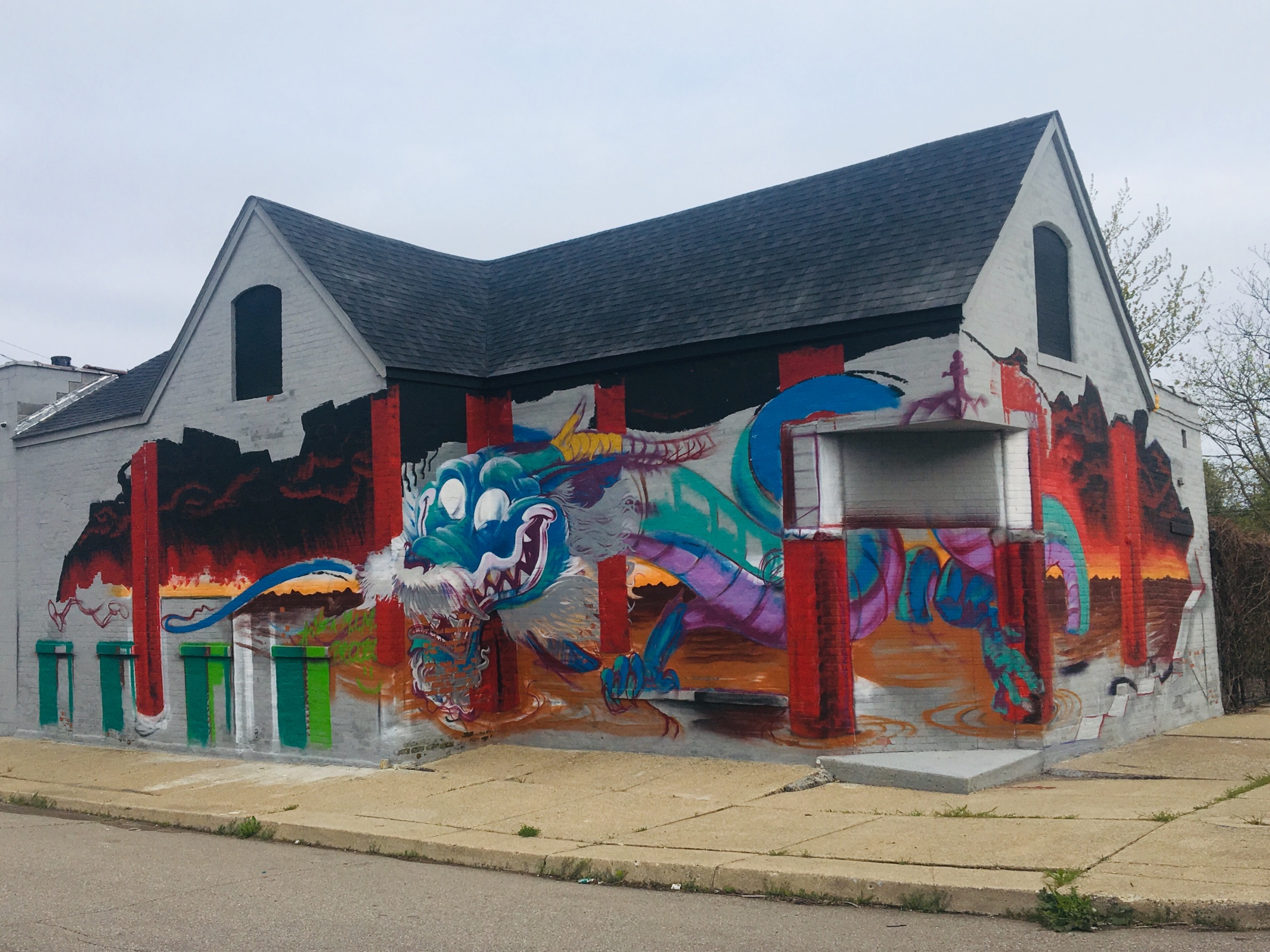 Observation:  Today’s two-hour jaunt was in an ordinary neighborhood that feels like it has a lot of future potential.  I stumbled upon a little bit of art and a little bit of decay, but I was primarily enamored with this tiny abandoned church.  No real art to photograph, and can’t say it was architecturally interesting (just a simple rectangle), but it had a good vibe to it even when it was obviously lost to the elements forever.  I found I loved taking pictures of it’s decaying walls, destroyed pews and smashed fake stained glass.  But what I loved most was the rusted out balcony that was mostly gone and had no real access since the stairs were 75% missing.  I wanted to get up to take pictures from it, but it seemed impossible.  But luck had a different plan for me because when I left and road around the block, I then noticed a rickety outdoor metal emergency staircase on the back of the church.  With a little patience, I got all the way up the four flights and all the way down, but what made it fun and nerve-wracking at the same time was that it had metal grated stairs, but…no landings.  Just think about how you would maneuver that next time you are climbing the stairs at work.

D-Fact:  In 2016, Shinola, the Detroit-based watch company that also makes dog leashes, donated a super-long, red-orange lead to The Humane Society.  The leash measured 2,620′ long and 8″ thick, thus setting the world record for the Longest dog lead, according to the World Record Academy. 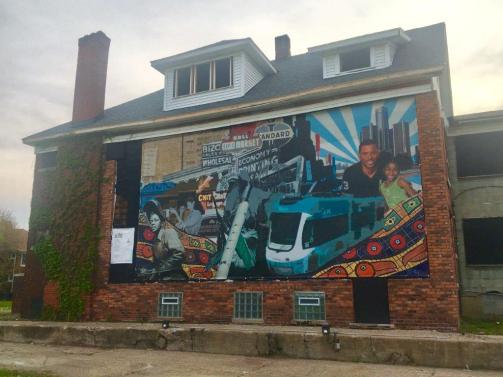 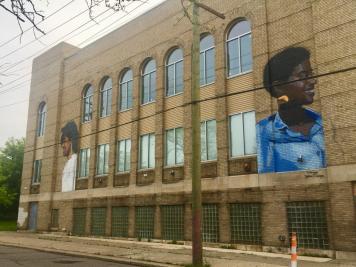 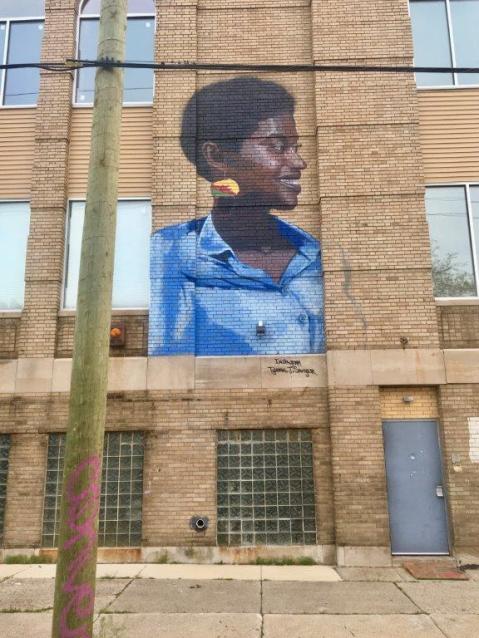 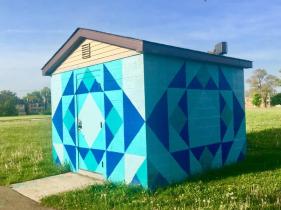 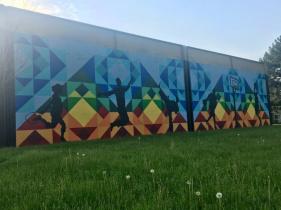 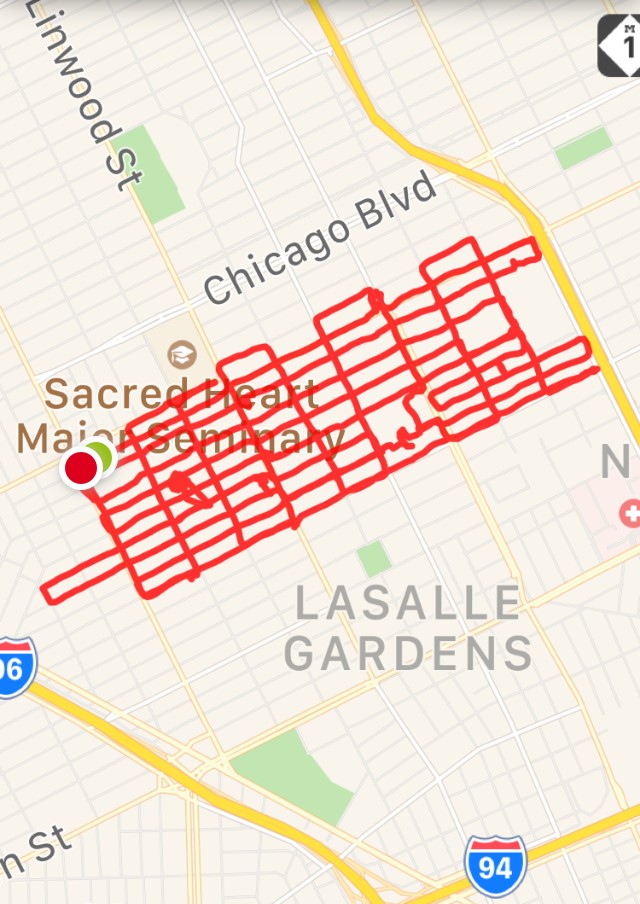