Observation:  Over the last three years, I have been approached by numerous people to ride ELM with me.  Some of these people are good friends and some total strangers, and some have been interested in just one ride and some have hinted at being my partner through the whole process.  In almost every case I have politely turned them down, and I have done this for a few reasons.  First off, some of the areas I go into are not the safest places in the city, and I don’t want to put anyone potentially in harm’s way.  Secondly, I feel like often I am just a silent, almost invisible guest in some of the neighbors.  I come in quietly on a bike, snap a few pictures and ride away, sometimes barely seeing anyone.  Having someone along I feel would disrupt that experience and have more people question my activities (especially when abandoned structures are involved).  Finally, I feel there are two kinds of people who ask me – urban explorers and real cyclists.  With urban explorers, there is some weird risk because some days I ride 20-30 miles and see almost nothing interesting.  Plus there is always the question of could they keep up riding…and I am not that fast.  With real bikers, I think the opposite could happen.  I spend one “ride” exploring one building for 2-3 hours.  Or sometimes I may drive down a 100-yard dead-end street (making sure I do ‘ELM’) that would drive someone with clip-on shoes crazy.  Or stopping on a dime just snap a picture of what many would question is actually art.  On top of all that, this has become something special to me that perhaps I just don’t want to share.  I want to share Detroit and art 1000%, but I want to do that in other ways, like this blog or on additional rides separate from this.  But in many ways, ELM is for me.

But wait, there is one other group of people who have asked, and with one of them, I had to crack.  Today’s ride had a special guest that I could not refuse – my sister.  My sister actually lives in DC, likes to bike and she became very interested in this project early on, so when she asked to come along to the point of even flying in for it, I could not say no.  While the ride was not as long as I would have liked and not as filled with art and exploring as I think she would have liked, it was definitely a fun experience.  She was uber quiet, almost to a funny extreme, and that was based on my earlier comments of not wanting to disturb the real residents, but think it was also good for someone to see what the experience was like, and maybe to even verify that I’m not making this whole thing up with a map of the city and a red Sharpie Marker.

D-Fact:  In 1910, the City of Detroit, The Motor City, had blueprints and plans to build a subway and rail system to rival New York City’s or Chicago’s at the time. 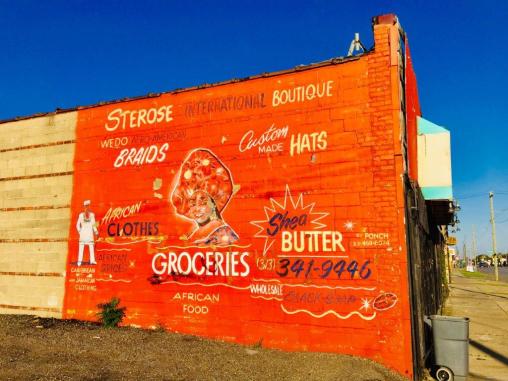 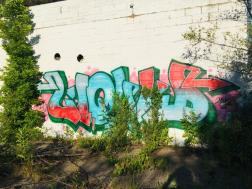 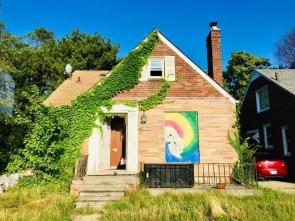 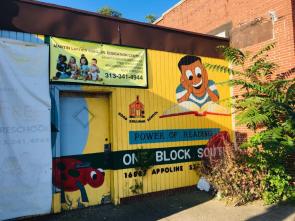 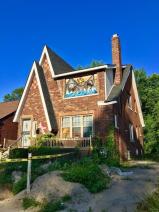