Observation:  Over the 2,800 miles I have ridden so far, I have only seen one real skatepark and it was tiny, so since I found two on the same ride today, I figured I would make it a separate post to celebrate the coincidence.  Both “parks” were not in the best of neighborhoods, and the first one was really just a makeshift one built outside (or maybe it was inside at one time) an abandoned building.  But the second one was a real skatepark with some serious dollars and serious cement put into it.  You can also tell by artwork, mostly graffiti, that some of the portions were built later or at least repaved.  What I really loved about this one is that they left the trees on this plot of land in place and just build the ramps around them – green borders, thumbs up.

D-Fact: Jeanne Robinson Omelenchuck of Detroit was a topflight speedskater from 1957 to the 1970s, setting four national outdoor records. She was a member of the Olympic team three times, in 1960, 1968 and 1972. She also won six national bicycle racing titles, becoming the first woman to win a national title in more than one major sport. 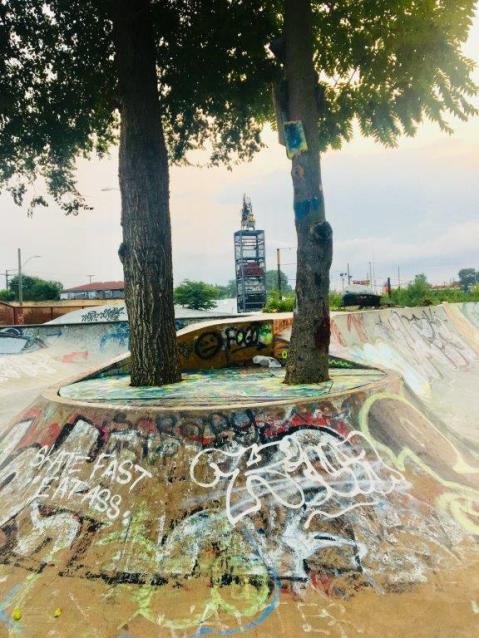 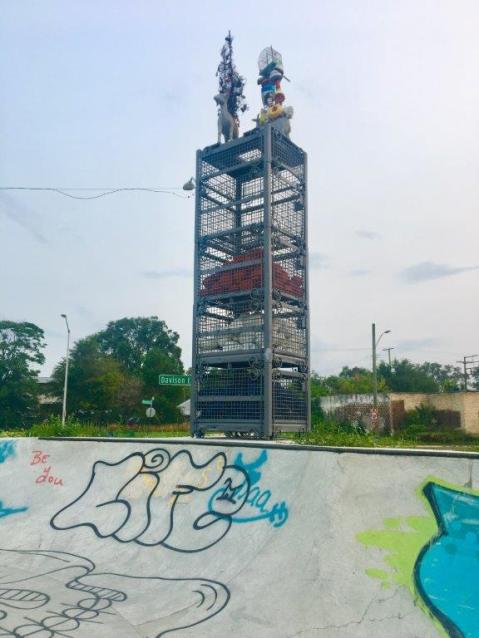 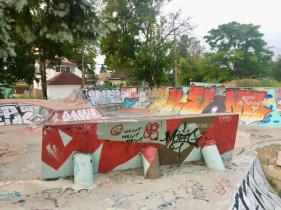 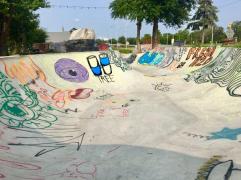 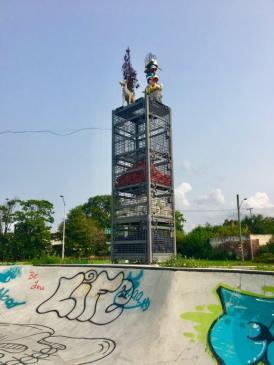 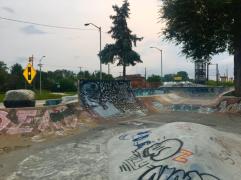 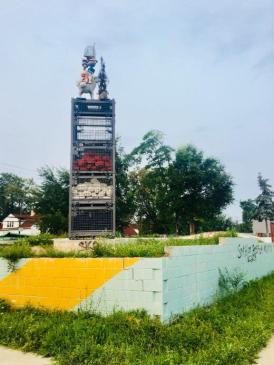 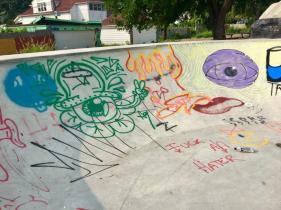 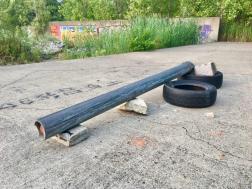 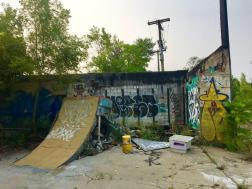